A monument on the hill Čegar was erected on the site of the famous battle from the First Serbian Uprising, in memory of the fallen soldiers and their commander Stevan Sinđelić. The monument on Čegar represents an immovable cultural asset as a cultural monument of exceptional importance.

Not far from the village of Kamenica, northeast of Niš, is the Čegar hill, a famous historical site after the battle of the First Serbian Uprising. On May 31, 1809, the Battle of Čegar took place on the plateau of the hill, where Stevan Sinđelić’s moat was.

The commander of the Serbian insurgents on Čegar, Stevan Sinđelić, accomplished a heroic feat at the time. He tried to stop the penetration of the Turks by shooting gunpowder. In the same year, the Turks built the Skull Tower in Niš from the heads of the Serbs who died on Čegar.

Today’s monument in the shape of a tower – a symbol of the Serbian military camp. It was erected on the occasion of the fiftieth anniversary of the liberation of Niš from the Ottoman Empire, on June 1, 1927. The original monument remained in the new niche, above which a bronze bust of Stevan Sinđelić, the work of sculptor Slavko Miletić, was placed in 1928. 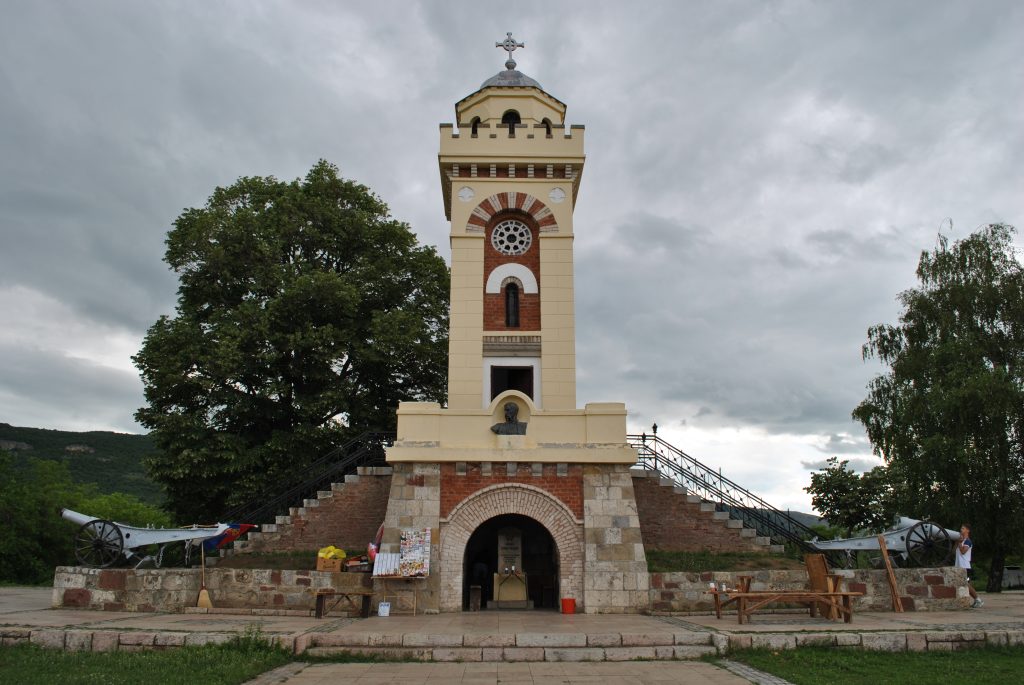